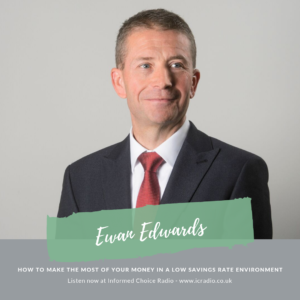 Let’s be honest; interest rates on cash savings are rubbish.

Ever since the global financial crisis, when the Bank of England and other central banks slashed interest rates to prevent the world economy from going over a cliff edge, savers have been penalised.

Low interest rates are even worse when price inflation is taking into account.

And if you’re a first-time buyer, the challenge of saving for a big deposit is made even harder by the pitiful returns you get on your cash savings.

In this episode, I chat with Ewan Edwards, Director of Savings at Aldermore Bank, to learn more about this low interest rate environment, how we can get the best returns on our cash, and what first-time buyers can do to take advantage of a government bonus; the window for this is closing at the end of November, by the way, so you will need to act quickly.

-Wage growth is continuing to perform at a strong pace, with employment figures remaining at record highs, according to the latest official figures. The ONS reported that earnings excluding bonuses rose by between 3.3% and 4.3% between May and June this year.

-Consumers are increasingly online shopping late at night and early in the morning. According to the John Lewis Partnership Card, one in 15 online purchases are now made between midnight and 6am.

-A committee of MPs has said that in-game spending should be regulated by gambling laws, with children banned from accessing so-called loot boxes. The Digital, Culture, Media and Sport Committee published the conclusion of their inquiry into addictive and immersive technologies.

-Lloyds Banking Group and Barclays both face billions of pounds worth of new PPI misselling compensation, following a last-minute flurry of claims ahead of the deadline. Lloyds faces an additional bill of £1.2bn to 1.8bn, after experiencing a “significant spike” in claims before the midnight 29th August deadline.

-With fewer than 100 days to go until Christmas, 24% of Brits have already started their Christmas shopping. That’s according to new research by American Express, which also found nearly five million of us have already handed out gift lists to friends and family.

Range: How Generalists Triumph in a Specialized World 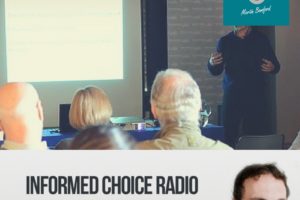 In this special episode of the Informed Choice Podcast, we[...] 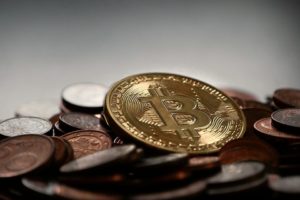 ICR291: My two cents on Bitcoin

In this episode of the podcast, my two cents on[...] 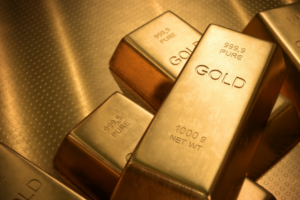 Should You Invest in Gold? (The Pros and Cons), with Adrian Ash

What part should gold play in your investment portfolio? My[...]