Illiquid funds are built on a lie 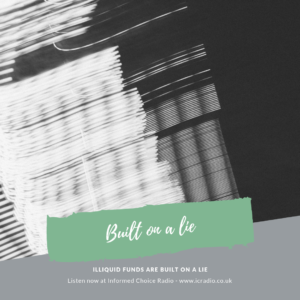 I had a conversation yesterday with a lady I know. Not a client, I should add.

She’s recently discovered that a quarter of her pension pot is invested in Woodford Equity Income, where trading remains suspended.

The first she heard about her exposure to the fund was when her pension provider wrote to her to let her know it wasn’t possible to buy or sell units. Interestingly, her independent financial adviser didn’t tell her and hasn’t been responding to her subsequent queries.

Now leaving aside the ability or otherwise for financial advisers to spot the risks associated with this Woodford Equity Income fund, there are some important issues at stake here.

This lady’s financial adviser described the fund in one letter to his client as ‘low to medium risk’. I’ve not seen the letter, and risk names like low to medium are fairly meaningless without detailed descriptions. But personally I don’t think any fund which invests in unquoted companies could be described as low to medium risk.

The lack of communication is another cause for concern. Why did this lady have to find out from her pension provider, and not her financial adviser, that she had a quarter of her pension pot tied up in this fund? And it sounds like the communication since has been dire.

As a friend, I was able to explain to her the reasons behind the fund suspension, and what might happen next; we still don’t know a) when the fund will reopen, or b) what the unit price might be when that happens. Woodford’s Patient Capital Trust, his investment trust, has fallen in value by around a third in the past few weeks, which could give some indication of what might happen to his Equity Income fund, when trading eventually resumes.

The liquidity of investment funds has come into sharp focus in recent weeks, following the trading suspension imposed on investors in the Woodford Equity Income fund.

-With the Tory leadership contest, and race to 10 Downing Street, now down to two candidates, frontrunner Boris Johnson has revealed new tax proposals. Should he become Prime Minister, Johnson has proposed an increase in the higher rate income tax threshold to £80,000. This threshold, where taxpayers start to pay 40% income tax, currently stands at £50,000.

-The value of Bitcoin has risen to nearly £10,000, following news of a new cryptocurrency launch by social networking giant Facebook. Bitcoin reached a high of nearly $20,000 in December 2017, but has fallen steadily since.

-The UK leaving the EU on Halloween could spark a “flurry of profit warnings” from publicly listed companies. That’s according to the Institute of Chartered Accountants for England and Wales, who warned MPs an unruly exit could result in a “systemic” impact on the British economy.

-The Financial Conduct Authority (FCA) has launched a new market study to examine how the credit information market operates and the impact it has on consumers. Firms use credit information when assessing credit risk and affordability. Therefore, it can impact how likely consumers are to be able to access a range of financial services, including mortgages, loans and credit cards and, in some cases, how much they pay for them.

-New research from Nationwide suggests that most lost items were found in a different bag or coat (29%), followed by down the side of the sofa (28%) and in a pocket (25%), but other odd places included the fridge, children’s toy box, down the back of a radiator, in the microwave or compost pile. The survey of 2,003 people shows that each year the nation is losing items such as glasses (20%), keys (19%), their bank cards (16%) and mobile phones (17%). More than half (58%) confess to having put these items in a ‘safe place’ only to forget where they are. D’oh. 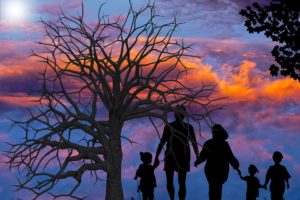 ICR256: Opening the Bank of Mum & Dad (with Mrs Mummypenny) 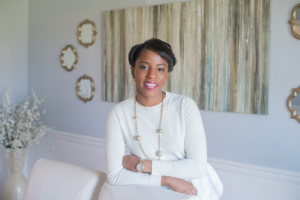 My guest on the podcast today is on a mission[...] 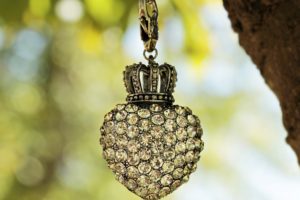 Today on the show, I’m joined by Nicole Yershon, who[...]