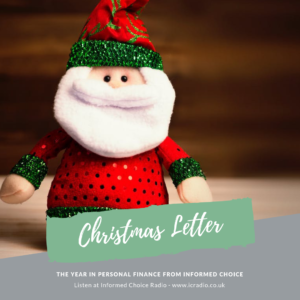 In this episode, it’s the Informed Choice Christmas letter.

I take a look back at 2018, with personal finance highlights and news from here at Informed Choice throughout the year.

-The Financial Conduct Authority (FCA) has announced a package of measures aimed to bank overdrafts, which form part of its high-cost credit review. The proposals will eventually change how banks charge their customers for use of an overdraft facility, bringing an end to the practice of charging higher prices for unarranged overdrafts.

-Price inflation as measured by the Consumer Prices Index fell to 2.3% in the year to November, down from 2.4% the previous month. The fall in inflation was largely driven by lower petrol prices.

-Santander UK has received a £32.8 million regulatory fine after ‘serious failings’ in how it dealt with accounts of deceased customers. The bank failed to transfer more than £183 million of funds to beneficiaries when it should have done.

-London house prices fell in October with growth falling to its lowest level in more than five years. The fall in house prices in the capital started after the EU Referendum and had fallen to 1.7% by October 2018.

-An independent review of consumer spending has concluded a cashless society would result in eight million people suffering. The report, called Access to Cash, explains how Britain is at risk of sleepwalking into becoming a cashless society.

This is Marketing by Seth Godin 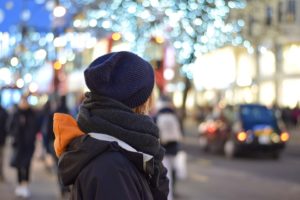 My guest on the show today is Meredith Jones. Meredith[...] 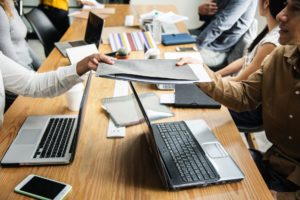 How to transition a business for the employee ownership revolution, with Chris Budd

In this episode, I’m pleased to welcome Chris Budd back[...] 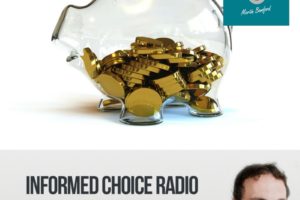 This week in episode 47 of the Informed Choice[...]