With the end of the year approaching, here’s our ten most downloaded episodes of Informed Choice Radio in 2017.

It’s been another incredible year for the podcast, as we celebrated our third birthday and smashed through the milestone of 100,000 downloads earlier in the year.

Our downloads have grown significantly this year, with more than 4x the number of downloads in 2017 compared to 2016.

Thank you for your continued support of this podcast; each time you download, share or favourite an episode, it pushes us higher up the podcasting charts and helps us to reach even more new listeners.

Looking back through our analytics for 2017, here are the ten most popular episodes published this year.

#1 – Dr James Hannam, What Everyone Needs to Know About Tax

Who would have guessed that our most downloaded episode this year would be all about tax!

James joined me on the podcast in March to chat about his new book which takes an entertaining and informative look at the UK tax system in all its glory to show you just how much you pay, how the money is collected and how it affects ordinary people every day.

#2 – Live from the Master Investor Show

The Informed Choice Radio team took a trip up to London in March to spend the day at the Master Investor Show.

This episode, our second most downloaded in 2017, featured some of our conversations at the show with Ed Bowsher from Share Radio, Matthew Jennings from Fidelity International and Tom Murray Brown from ECf Solutions. We also answered investment questions from a number of visitors to our stand.

The rising popularity of Airbnb made this conversation with digital sharing economy expert Gayle Roberts the third most downloaded episode in 2017.

Gayle’s book Room for Profit shows readers exactly how to get their share of this booming industry. The rhythm of school-work-retirement is not as simple as it once was; we either need to work longer, harder, or think outside the box.

#4 – Daniel Hannan, What Next for Brexit?

With the Brexit referendum behind us, our listeners wanted to know what comes next.

We spoke to one of the architects of the Brexit movement, Daniel Hannan MEP, to gain a unique insight into the Brexit negotiation process.

In the world of personal finance podcasting, The Property Podcast with Rob Dix and Rob Bence is one of the standout leaders.

We spoke to Rob in August about his new book, How To Be A Landlord; a straightforward guide to everything involved in letting and managing a property – whether you’re an accidental landlord or an enthusiastic investor.

We know what a major impact the global financial crash had on the global economy. It took most conventional economists completely by surprise. In fact, many economists had, shortly before the crash, declared the magical recipe for eternal economic stability had been discovered.

In this conversation with Steve, who is Professor of Economics and Head of the School of Economics, Politics and History at Kingston University, we attempted to get a better understanding of global economics and shortcomings in the financial system.

#7 – It’s time for me to answer some questions

To celebrate the milestone of 250 podcast episodes in August, I answered questions from some past guests.

My guest in July was an absolute giant in the world of consulting and public speaking.

Alan Weiss came on the show to chat about the ideas in his new book, co-authored with Marshall Goldsmith – Lifestorming: Creating Meaning and Achievement in Your Career and Life.

#9 – Jumping ship; why, how and when to make financial changes in life

In this episode from July I talked about the big financial decisions, why you need to make then, when the right time is, and how you can approach them for the best chance of success.

#10 – George Schofield, Planning for Retirement When the Old Rule No Longer Apply

We used to all know what retirement meant. It used to be pretty simple. Work until 65, ‘retire’, and then coast through your golden years with a comfortable nest egg to fund your lifestyle.

But longer lives have changed everything. It’s common these days to live until 90, or older. It’s harder than ever before to save for the future. The concept of a ‘job for life’ is gone and employer pension schemes are less generous than before.

In this episode I spoke to George Schofield, Ph.D; an author, speaker, and developmental/organizational psychologist who advises clients on retirement and career planning.

What was your favourite?

Which episode of the podcast did you enjoy most in 2017? Let me know in the comments section below.

And please let me know who you would like to hear from in 2018! We are always looking for interesting guests for future episodes. 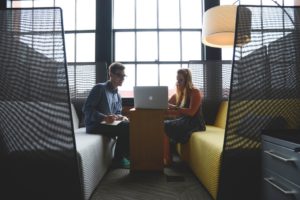 Dorie Clark is a marketing strategy consultant, professional speaker, and[...] 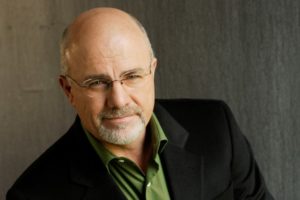 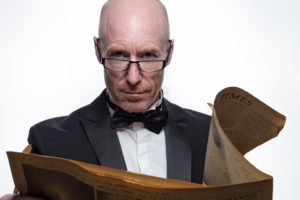 How to become a Financial Planner

In this episode, Martin becomes a careers adviser and[...]