Calling the top of the Bitcoin boom, with Glen Goodman 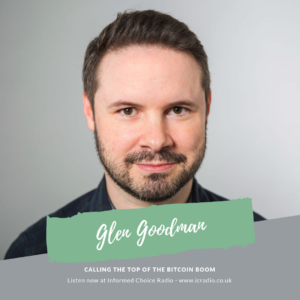 My guest on the podcast today is Glen Goodman.

His goal was to retire young and wealthy, escaping the daily grind. He taught himself how to trade everything from shares to Bitcoin and made enough money to realise his dream and quit his day job while still in his 30s.

In his new book, The Crypto Trader, Glen shows readers how he made huge profits trading Bitcoin, Ethereum, Ripple and more.

Glen publicly called the top of the Bitcoin market in December 2017 and took his profits before the crash. But he believes there are still plenty of trading opportunities out there and he continues to trade crypto successfully.

He’s not a fly by night bitcoin trader, but a successful equity investor. In fact, Glen was an ITV news reporter who traded the markets for extra cash – until one day he realised he was a successful trader who did TV reporting for extra cash.

He’s now regularly interviewed by the media including the BBC, Forbes and LBC, and is a contributing expert on cryptocurrency at the London School of Economics.

Here’s my conversation with Glen Goodman, author of The Crypto Trader, in episode 425 of Informed Choice Radio. 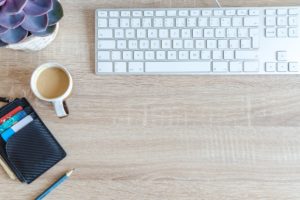 In this episode, I chat to Sarah Davidson from Boom![...] 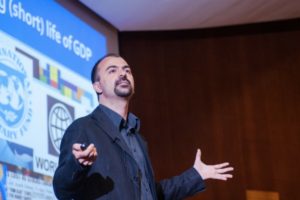 Today on the podcast, I’m joined by Lorenzo Fioramonti, author[...] 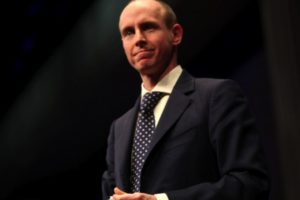 ICR162: Daniel Hannan, What Next for Brexit?