ICR056: Pretending to be rich

This week in episode 56 of the Informed Choice Podcast, Martin talks about selling your pension annuity, pretending to be rich, and some of the things that could go wrong for investment markets in 2016.

There’s also a roundup of the latest news from the world of personal finance and investing.

In the personal finance and investing new roundup this week:

Price inflation in the UK is back in positive territory, with the Consumer Prices Index, CPI, measure of price inflation rising to 0.1% in the year to November.

HM Treasury have confirmed it will be possible to sell a pension annuity for a cash lump sum from April 2017 onwards.

The first tranche of National Savings & Investments, NS&I, 65+ Bonds are due to mature in January and savers could see their interest rates cut in half.

The Work and Pensions committee of MPs have launched an investigation into pension auto enrolment and its impact on smaller employers.

The US Federal Reserve has increased its key interest rate for the first time in nine years, in a move welcomed by the stock markets.

Should you sell your pension annuity back to the provider in return for cash which you can then access under the new pension freedom rules?

HM Treasury have now confirmed that, from April 2017 onwards, it will be possible to sell your pension annuity in return for a cash lump sum. This move is designed to extend the pension freedoms introduced earlier this year to pension annuities.

But will doing this offer good value to consumers? What protections will be put in place by the government?

What might go wrong for global investment markets in 2016?

It’s not been the best of Decembers so far for investment markets. Investors often benefit from a so-called Santa Rally, which might still come just before Christmas, but it’s been a poor end to the year for equity markets so far.

An article from Bloomberg describes ten scenarios which could be bad news for investors next year, based on the views of former and current diplomats, geopolitical strategists, security consultants, and economists.

Have you ever pretended to be rich?

A new article from Business Insider claims too many people are pretending to be rich.

It looks at a couple in their seventies who have put away virtually nothing for their retirement, because they spent their working lives pretending to be rich.

The author concludes that a balanced financial life that involves living within your means includes things like saving for retirement.

Here are links to everything Martin talks about in episode 056 of the Informed Choice Podcast:

Left of Bang by Patrick van Horne and Jason Riley

Help us spread the word!

If you enjoy the show, please subscribe in iTunes and write us a review!

Reviews really help us stand out from the crowd and reach more listeners. 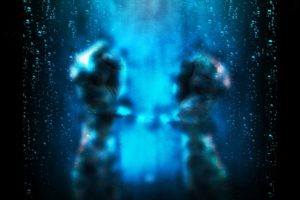 One million people financially free. That’s the mission of my[...] 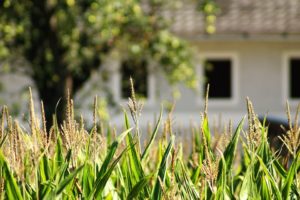 This week on the Informed Choice Podcast, we speak to[...]