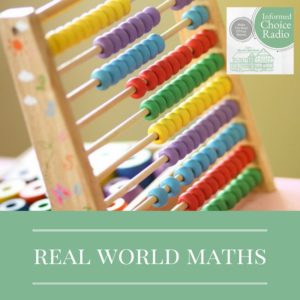 In this episode of Informed Choice Radio, what are the real world maths skills we should be teaching in schools?

I’m joined by Katykicker to chat about new research that has found that more than three in five millennials in the UK have never used GCSE maths skills in everyday life, things such as algebra and trigonometry.

There’s also a roundup of the latest personal finance news and the aftershow segment too. 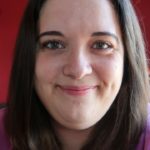 Katy Stevens is a money blogger known online as Katykicker.

Katy started Katykicker because she was making money online and people wanted to know how.

She’s happy knowing that she is able to share money making and saving websites and tips with her readers. Katy also loves to share product reviews, frugal recipes, the odd craft and much more.

-Companies are returning the new one pound coin by mistake, hampering efforts to phase out use of the old one pound coin. The old £1 coin stops being legal tender on 15th October and Treasury officials estimate around one billion of them have already been removed from circulation.

-British and German trade bodies have urged Brexit negotiators to put shared economic interests first. The British Chambers of Commerce and the Association of German Chambers of Commerce have warned that uncertainty over “business critical” Brexit issues – including workers’ rights, tax and customs arrangements – must be tackled as a matter of priority.

-Homeowners ready to take their second step up the property ladder say it’s harder than getting on it in the first place. This is according to the latest Lloyds Bank Second Steppers report, which tracks the ongoing plight of home owners looking to sell their first property whilst buying their second.

-Most of the five million people who have rights in a salary-related pension from a former employer are not receiving timely information and advice about the many choices that they have to shape their pension in a way that works best for them. This is the key finding of a new policy paper jointly produced by pensions consultants LCP and mutual insurer Royal London.

-Weeks without windows, sinking patios and waste water pouring down walls are just some of the home improvement disasters people are reporting to Citizens Advice. The Citizens Advice consumer service helped people with 40,000 problems related to home maintenance and improvements last year, two thirds of which were about substandard services, such as jobs being completed late or poor workmanship.

Last Thursday was GCSE results day. New data released by free-for-life credit reporting service, Noddle, has found that more than three in five millennials in the UK have never used GCSE maths skills in everyday life, things such as algebra and trigonometry.

When asked what would have been more useful to learn, nearly half (46%) would have liked budgeting, over a third (37%) would have wanted to learn more about mortgages and more than a quarter (27%) would have benefited from extra knowledge about taxes.

Respondents believed these would have helped with key financial milestones, especially those that they suggest signify adulthood such as paying taxes (59%) and getting a mortgage (54%).

–Fat Man to Green Man: From Unfit to Ultramarathon, by Ira Rainey 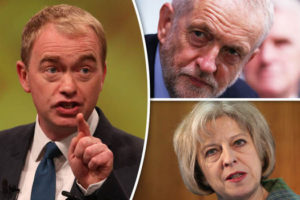 ICR220: What the manifestos mean for your money

This week on the show, ahead of the general election[...] 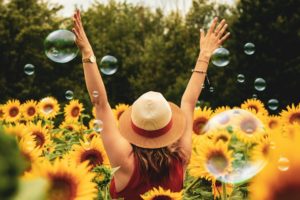 From Here to Financial Happiness, with Jonathan Clements

My guest on the show today is Jonathan Clements, founder[...] 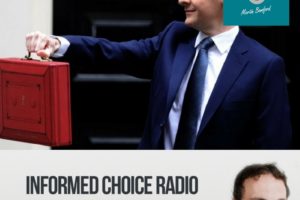 This week in episode 51 of the Informed Choice[...]