7 ways to join the latest influx of global millionaires

We’re fascinated by millionaires. There’s a certain mystique about how people become rich, and how they live their lives once they reach millionaire status.

Some of our most popular podcast episodes have focused on wealth habits and behaviours. But did you know that there are around 47 million millionaires globally?

In this episode, the latest research into millionaires, and the traits most millionaires display that you could emulate if you want to reach this status too.

I’m Martin Bamford and here at Informed Choice we help remove the stress associated with money by offering a clear explanation of your choices and options.

Some new research published this week shows that the number of millionaires worldwide has risen to reach nearly 47 million individuals. This (now not so exclusive) group control almost half of the world’s wealth.

You might think that the wealthiest in society have had a tough year to date in 2019. With a slowing global economy, a trade war between the US and China, continued Brexit uncertainty, and a whole host of other geopolitical issues with which to contend, surely it hasn’t been smooth sailing for millionaire inc.?

But according to the latest edition of the Global Wealth Report from Credit Suisse, the number of millionaires worldwide has now risen by 1.1 million since the middle of last year. That means there are now 46.8 million millionaires on the planet, as at the middle of this year. Between them, they control 44% of the world’s wealth, an estimated 158.3 trillion US dollars.

One country to lose millionaires last year was Australia, down 124,000 to a total of 1.2 million. In part, this was the result of a weaker exchange rate, because millionaires for this particular study are measured in US dollars.

Wealth inequality is perennial topic and this new study shows just how wide the wealth gap has become. The bottom half of the world’s population owns just 1% of the world’s wealth, and the bottom 90% accounts for 18% of the world’s wealth in total. There are however some signs that wealth inequality is declining. Back in the year 2000, the wealthiest 1% owned about 47% of global wealth. This fell slightly to 45% in 2019, due to the rising wealth of the middle classes. Between 2000 and 2019, the number of people worldwide who are worth between $10,000 and $100,000 experienced the biggest growth of any wealth segment, tripling to around 1.7 billion people.

According to the report, wealth inequality has declined for the past three years, and this decline is expected to continue as more of the lower and middle class gain ground financially. The report said, “While it is too early to say that wealth inequality is now in a downward phase, the prevailing evidence suggests that 2016 may have been the peak for the foreseeable future.

So let’s say that you want to join the 47 million millionaires worldwide. What steps would you need to take? A good source of inspiration is the classic book The Millionaire Next Door, by Thomas J. Stanley and William D. Danko. Stanley and Danko studied a number of millionaires and identified common traits that led to wealth. They found seven common denominators, shared by many of the millionaires they studied. Those seven are:

Factor number one is that they live well below their means. Frugality seems to be a key attribute of millionaires, and one which often surprises people. I’ve spoken about this before on the podcast; those who look wealthy are often anything but. True wealth isn’t about outward appearance or keeping up with the Jones’s, but how much you put away.

Factor number two is they allocate their time, energy, and money efficiently, in ways conducive to building wealth. To become wealthy, you need to engage in wealth building activities. We all get the same 24 hours in a day, but how we spend this finite time is a choice. We can choose to spend each day on activities which take us closer to millionaire status, or not.

Number three is they believe that financial independence is more important than displaying high social status. And this one for me is very closely linked to the first factor around frugality. Advertisers are very good at selling us an idea of a desired lifestyle. The nice house, the flash car, the expensive holidays. If however your goal is financial independence, then all of these things are unimportant. We’ve looked in past episodes at the FIRE movement – Financial Independence, Retire Early. FIRE is all about securing your financial independence as priority number one.

Number four is that their parents did not provide economic outpatient care. I love this term, economic outpatient care. It refers to when an affluent parent gives money to an adult child, and it’s a contributing factor in passing on an Under Accumulator of Wealth mindset. Children who receive parental support were found by the authors to have broadly the same annual income as children who don’t, but only 57% of their net worth. And that’s because they tend to live beyond their means, with the parental financial support propping them up. It gives them a false sense of financial security.

Factor number five is that their adult children are economically self-sufficient. And again, this is very closely linked to the previous point around economic outpatient care. When we’re constructing Financial Plans for our clients, we see how easy it is to decimate future wealth by gifting or loaning money to adult children. Where money is handed down to the next generation without first securing your financial future, what we refer to as fixing your own oxygen mask first, it can be economically devastating.

Number six, they are proficient in targeting market opportunities. There are opportunities abound for building wealth, especially in the Internet age where starting a business requires a few mouse clicks and a credit card. You can start an e-commerce website in a weekend, selling digital products or dropshipping inventory that you never personally handle. And that’s just one way of making money in addition to your 9 to 5 job. The authors of The Millionaire Next Door found that millionaires are proficient at identifying and exploiting business opportunities that generate wealth.

Last but not least, number seven, they chose the right occupation. That means an occupation that’s well paid. With the best will in the world, a vocational job is never going to give you sufficient income to become a millionaire, even with the benefit of time and compounded returns. So you need to choose a job with high earning potential. A criticism of members of the FIRE movement is often that they achieved financial independence after time working in high paid roles, such as IT consultancy. Of course it’s easier to become a millionaire if you’re earning £150,000 a year as a software developer than if you’re earning £20,000 a year as a nurse or teacher; especially if you’re living frugally and saving a high proportion of those earnings.

What’s really interesting is that the authors found it was the first three factors – frugality, appropriate allocation of time, and avoiding displays of material wealth – which made the biggest contribution towards achieving millionaire status. The other factors are important too, but the message from this research, which has been supported with subsequent studies, is frugality, frugality, frugality.

Thank you for tuning in for this episode of Informed Choice Radio. Remember to subscribe so you don’t miss any future episodes. If you’re watching this episode as a video on our YouTube channel, please press the like button and leave us a comment.

Until next time, I’m Martin Bamford and this is Informed Choice Radio. And remember, when it comes to your money, the more you know, the faster it can grow. 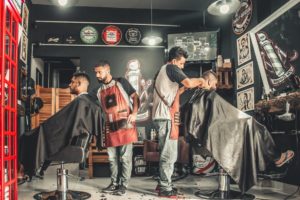 Old Jobs in the New Urban Economy, with Richard Ocejo

There’s a big change happening in the new economy. Traditionally[...] 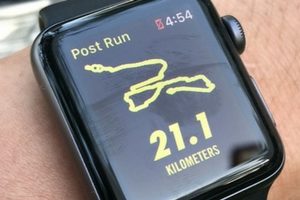 ICR247: Lifelogging and your money

This week on the show, I’m talking about lifelogging and[...] 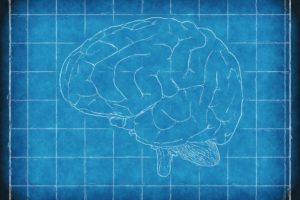 My guest today is Hayley Tink. Hayley is the first[...]