This is why you need to fund your retirement 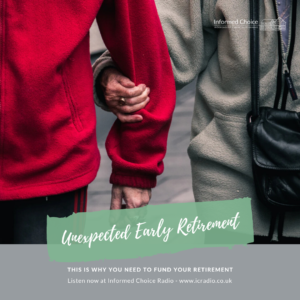 You might not plan to retire. Increasingly these days, retirement is delayed because we can’t afford it, or we don’t want to give up work; after all, work gives us a powerful sense of identity, an excuse for social interaction, and is scientifically proven to help reduce disease and death. Why on earth would you want to retire, given the choice?!

But saving enough money to cover your expenses in later life is essential, even if you have no plans to give up work. Coming up in this episode of Informed Choice Radio, this is why you need to fund your retirement.

I’m Martin Bamford and here at Informed Choice we help remove the stress associated with money by offering a clear explanation of your choices and options.

It’s widely accepted that the notion of retirement is changing. What retirement looked like a decade ago, and what it looks like today, are two very different things. While 60 or 65 used to be viewed as the standard retirement age, with people living longer lives, that’s not always the case today.

So we might need to work for longer into our 60s or 70s, due to the financial demands of retirement, or we might want to continue working, but what happens when we’re forced into retirement. A conversation I’ve often had with clients is the importance of building a retirement savings pot, just in case we have to switch from work to living off our savings and investments in later life.

We can be forced into retirement for a variety of reasons. Sometimes, the work is no longer available. While the legally mandated compulsory retirement age is no longer a factor in the UK, it’s a sad fact that age discrimination is widespread and older workers find it harder to get jobs in a market dominated by a younger workforce.

A new report, based on research by Sheffield and Birmingham Universities, has concluded that women are expected to take on caring responsibilities for older, sick or disabled relatives, more than a decade earlier than men. The research found that women will become carers by age 46 on average, compared to men at age 57. Relevant to this discussion of forced early retirement is the finding that two-thirds of UK adults can expect to become an unpaid carer during their lifetimes. This is a real issue for the majority of people as they edge towards older age.

The charity Carers UK published the report, called Will I Care, which looked at data from individuals taking part in the British Household Panel Survey and Understanding Society social and economic studies between 1991 and 2018. It found that 65% of adults in the UK provided unpaid care for a close relative. Women had a 70% chance of becoming a carer in their lifetime, compared to a 60% chance for men.

They found that, by the time women reached their 46th birthdays, half had been an unpaid carer. For men, the average age for a 50-50 chance of being an unpaid carer was 50. According to the lead report author, head of the Sustainable Care programme at Sheffield University, Professor Sue Yeandle, “Caring is vital for us all and a precious support for those we love at critical times. Provided by millions of women, care also features strongly in the lives of men. Yet too often carers pay a heavy price for the support they give – financial strain, poorer health, social isolation.”

Also commenting on the findings, Helen Walker, who is chief executive of Carers UK, said: “Many of us don’t expect to become an unpaid carer but the reality is two in three of us will do it in our lifetimes. Our research shows women are disproportionately affected, facing difficult decisions about their loved ones’ health, family finances and how best to combine paid work, and care more than a decade earlier than men.”

Understanding these figures is so important as we prepare for later life, because the reality is this – we might not get a choice when it comes to working later in life, to fund a longer retirement. Sure, work towards the intention of continuing with your employment or self-employment, deferring retirement, but accept that you might need to stop working earlier than expected. This is what makes it so important to prepare financially for a life other than the one you’ve planned.

Part of the financial planning process is to consider various scenarios, in addition to your preferred course, your plan A. Understanding and preparing for Plan B (and C, D & E) is what leads to financial resilience, and the ability to sleep well at night, should the unexpected happen.

We of course can’t plan for every eventuality. But we can, and do as financial planners, work through some of the most common scenarios. The real possibility of becoming an unpaid carer ahead of our intended retirement age is just one of those scenarios to consider. Have you factored this into your financial plan?

Thank you for tuning in for this episode of Informed Choice Radio. Remember to subscribe so you don’t miss any future episodes. If you’re watching this episode as a video on our YouTube channel, please press the like button and leave us a comment.

Until next time, I’m Martin Bamford and this is Informed Choice Radio. And remember, when it comes to your money, the more you know, the faster it can grow. 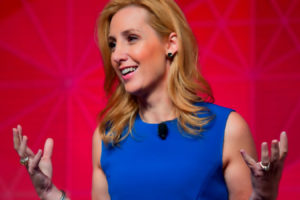 My guest today is Bobbi Rebell, an award-winning TV anchor[...] 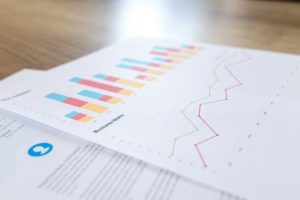 ICR029: You’re not rich enough for a private wealth manager

This week in episode 29 of the Informed Choice Podcast,[...] 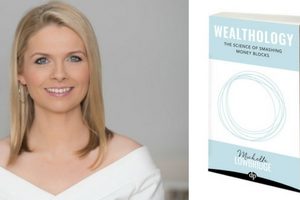 My guest for this episode is Michelle Lowbridge, author of[...]