How regular climaxes could add billions to the British economy 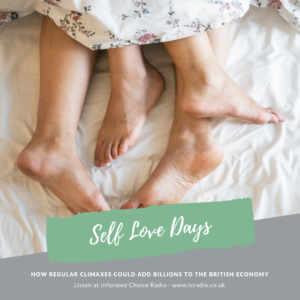 Did you know that regular climaxes could help add a whopping £90 billion to the British economy? Almost four in five Brits say they felt happier and less stressed after having an orgasm and almost two thirds said they were more productive at work the next day. Yes, in this episode, we’re talking about self-love days and how regular climaxes could add billions to the economy. Stay tuned for that.

There’s also a roundup of the latest personal finance news and the aftershow, where I bring you up to speed on everything happening at Informed Choice this week.

-Prime Minster Theresa May has presented a political declaration for a new trade deal between the United Kingdom and European Union. Speaking in Downing Street on Thursday, May said:

“Last night in Brussels, I had a good, detailed discussion with President Juncker in which I set out what was needed in that political declaration to deliver for the United Kingdom. We tasked our negotiating teams to continue working overnight and as a result, the text of that declaration has been agreed between the European Union and the United Kingdom I have just updated the Cabinet on progress and I will be making a statement to the House of Commons later this afternoon.”

-The Financial Conduct Authority has proposed to introduce a price cap on the rent-to-own sector. The cap, subject to consultation, will come into force on 1st April 2019 providing protection for some of the most financially vulnerable people in the UK.

-People across the UK are setting out to grab a bargain this week as Black Friday fever sweeps the nation, according to the latest Lloyds Bank Spending Power Report. With one in five hoping to save an average of £191 on their spending, total savings could reach astronomical levels by the end of the day.

-Consumers waste up to four hours a year trying to work out the best deals in the supermarkets and could be overpaying on more than £500 worth of products each year. New research commissioned by TopCashback.co.uk, and brand ambassador Rachel Riley, co-presenter of Countdown, reveals few consumers can figure out the maths behind a good deal when put to the test.

-More than 180,500 first time buyers have pocketed the cash they would have spent on Stamp Duty Land Tax (SDLT) for their new homes, statistics published by HM Revenue and Customs (HMRC) reveal. The money-saving tax relief, known as First Time Buyers Relief (FTBR), was introduced on 22 November 2017, and new figures released on the eve of the one-year anniversary show that the estimated total amount saved by buyers is more than £426 million.

How regular climaxes could add billions to the British economy

Earlier in the week, I received an email. It started: “I wouldn’t normally send you emails from this brand but as you’ve written about four day working weeks earlier this month, I wondered if this might be of interest?”

It went on to explain that premium sex and intimacy brand, LELO has released an Economy of Orgasms report that reveals regular climaxes could help add £90.4 billion to the economy. Almost four in five (78%) Brits say they felt happier and less stressed after having an orgasm and almost two thirds (65%) said they were more productive at work the next day.

On the back of the research the LELO has created a new initiative aimed at its staff, entitled ‘Self Love Days’, where employees can take up to four days off each year to solely climax.

On top of helping to add £90.4bn to the UK’s GDP, more orgasms could contribute to boosting Brits’ happiness by 10% – 20% and in turn work a four day week with the same levels of productivity as a five day.

To find out more about the research, I spoke to Rosanna Spero, author of The Economy of Orgasms report.

21 Rules for the 21st Century, by Yuval Noah Harari

12 Rules for Life by Jordan Peterson 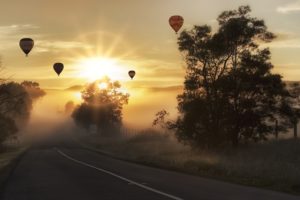 This week in episode 16 of the Informed Choice Podcast,[...] 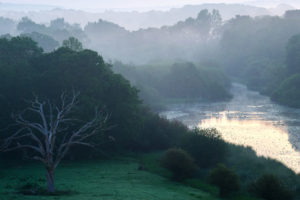 What happens when an intensively farmed estate is handed back[...] 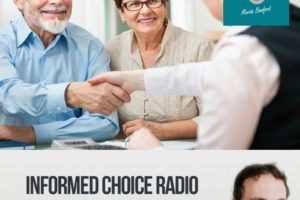 Hello and welcome to a special bonus episode of[...]