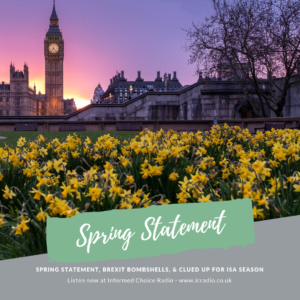 In this episode, there’s an update on the key economic and personal finance points in this week’s Spring Statement; I have a short rant about Brexit and the latest occurrences; and we hear from our correspondent Kitty with a short interview designed to get you clued up for ISA season.

-A radical reshaping of financial advice services used by pension schemes for long-term investment strategies will benefit millions of savers and boost the nation’s £1.6 trillion retirement assets. That’s according to plans unveiled by the government this week.

-The UK’s tech professionals are now more likely to blow the whistle on an employer’s misbehaviour in the wake of scandals in the sector. That’s according to exclusive new research from the world’s largest job site Indeed.

-The Financial Conduct Authority has proposed a ban on exit fees for investors using fund platforms. According to the FCA, the ban could save investors hundreds of pounds when they want to move their money from one platform to another.

-Over 800,000 employees in the UK are now covered by the Women in Finance Charter, as more than 30 new companies sign up to the government’s plan to tackle gender inequality in financial services. Vitality, Skipton Building Society, and Commerzbank AG are just some of the new firms signed up to the Charter, taking the total number of businesses signed up to over 330. 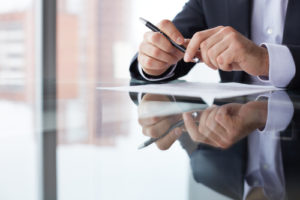 ICR223: Everything you wanted to know about inheritance tax

Martin is on holiday this week so hands podcast hosting[...] 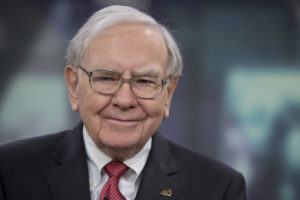 In this episode of the podcast, I take a look[...] 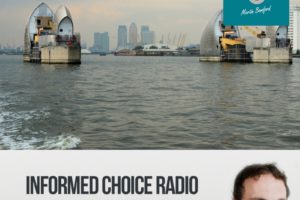 ICR 128: The Cost of Regulating Your Financial Adviser