Thinking differently from the investor crowd, with Alasdair McKinnon 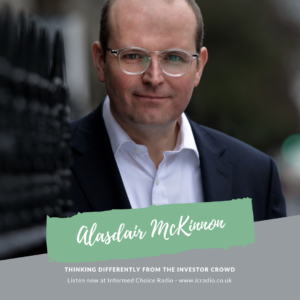 When it comes to investing, it pays to think differently from the rest of the crowd. Contrarian thinking is something we’ve explored on Informed Choice Radio before, and we’re back at it today in conversation with Alasdair McKinnon, manager of the Scottish Investment Trust.

Alasdair is a self-confessed stock market geek, developing a passion for investing in his teens and working in the sector since his first role in 1998.

Alasdair joined the Scottish Investment Trust in 2003 and became Manager in 2015.

The investment trust, which is managed from Edinburgh, runs a relatively small portfolio of around 50 stocks. It’s got large stakes in some familiar British names, like GlaxoSmithKline, Tesco and Royal Dutch Shell, but its modus operandi is investing in unloved companies, and then waiting for these stocks to return to favour.

I enjoyed this interview with Alasdair and want you to listen out for three big things. Firstly, he talks about how investment cycles repeat themselves; there’s nothing truly new when it comes to investing money.

Secondly, Alasdair explains why investing with index tracker funds means buying overvalued companies. He further illustrates the risks associated with this passive investing approach when he talks about the changing fortunes of Japan over the years.

Finally, Alasdair shares the three factors he looks for when buying an out of favour stock.

Here’s my conversation with Alasdair McKinnon, manager of the Scottish Investment Trust, in episode 423 of Informed Choice Radio. 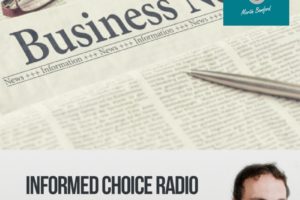 This week in episode 41 of the Informed Choice[...] 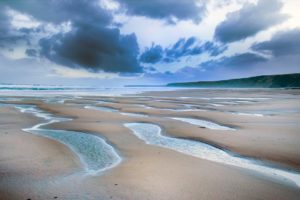 In this episode I’m joined by legendary personal finance podcaster[...] 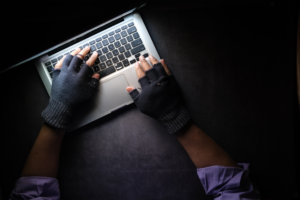 We know that scams are increasingly prevalent during the pandemic.[...]